I would love to see this: 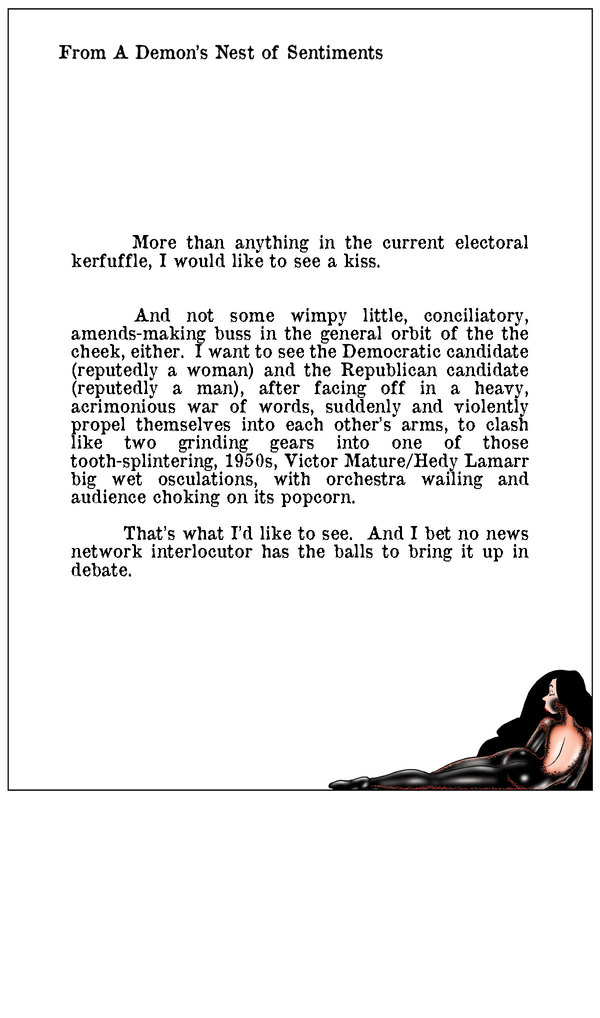 Posted by leelu on Wednesday, September 21, 2016 No comments:

The BBC's coverage, which I found myself watching more than any U.S. channel when I got home that night:

Email ThisBlogThis!Share to TwitterShare to FacebookShare to Pinterest
Labels: 'Merica, 9/11, evil is as evil does, Islamodespicio

Better to ask "How bad is it?" (Have box of tissues and/or body armor at hand.)

No reply is your first clue...
Posted by leelu on Thursday, September 08, 2016 No comments:

Email ThisBlogThis!Share to TwitterShare to FacebookShare to Pinterest
Labels: comfort food, don't do that!, relationships

Some Thoughts on ITT Tech...

As you might know, I moved back to the East Coast in 2007, to take a job as a full-time instructor of Linux at ITT Tech in Owings Mills, Md. That job helped to start my climb out of the nuclear crater that my life had become in Southern California.


When I started there, it was a campus under development. The first graduation I attended had 19 graduates. The school was just over 2 years old. In the first two years I was there, enrollment grew from around 400 to over 1,000, and more faculty came on board. We had over 40 full-time instructors, more than any other camps in the system. That made us an expensive campus to maintain. Assuming my salary was about average (mid $50s), they were looking at an academic payroll in the neighborhood of $2 million. This was fine as long as we were high rolling and growing. For a while, we were the darling of the system - everyone should be like us.

Of course, that stopped. Say what you will but it started to roll off right after the 2008 election. One of the ladies in the career center told me that job openings dried up, because employers were uncertain about the economy. And, enrollments started to level off.

By 2010, things started to change. The new dean was a 'fixer', brought in to turn the campus around.  (Or get the regional manager's bonus money back up to where it was before 2009. We're not sure, but that was the bet.)  Those of us who had worked in real corporate jobs could see it coming and couldn't stop it. The best we could do was hang on until the inevitable firing for cause. (Cheaper, no unemployment benefits that way.)

Let me explain how all that worked.

First rule of any business - cash in must exceed cash out. A $2 million plus yearly instructor bill was the first place to look. Do the math. I taught 24 classes per year, four terms, six classes each. That worked out to (approximately) $2,300 per class. Top paid adjunct made $1,500 per class. And were more easily disposed of - no firings, just "Sorry, don't have any classes for you..." They were required to have full time instructors, but that requirement was satisfied by the Department Chairs, who were also required to take a teaching load.

So, how could they sweep us out? Easy.

The first couple of years in business, the school was able to reach the target demographic - people in their early 20s who were working somewhere as "assistant managers", wearing a name tag and working un-Godly hours because they were "management".  My experience with these folks was that  they were generally good students, and were fairly well prepared for a two-year college level program.  But it seemed like they started to run out of these candidates not too long after I arrived on campus. We started getting what we snidely referred to as "the cream of the Baltimore City school system". And the Maryland Correctional system.

The problems we faced were not because they were from Baltimore, or had been incarcerated. The problem, in a nutshell, was that many (not all) of them were not ready for college. At some point in the enrollment process, each student took tests in basic math and literacy. If they fell below a certain point, they were supposed to get assistance in order to bring up their skills. That didn't happen. Instructors were willing to do it, but the school would/could not pay them to do it, because it was not part of any curriculum.

As a result, I had one student who I am sure was dyslexic. His answer to a question about the 'home directory' in Linux devolved into a blurb about home construction. He was the classic 'deer in the headlights' when another professor was drilling him about a network design. He came to me afterwords, almost in tears because he locked up and couldn't answer any of the questions posed. I got some books and tried working with him, but I don't think I was able to accomplish anything with him, except perhaps to know that someone cared. (He gave me a rose at his graduation ceremony. I still shake my head about the whole thing.)

So, here's the catch in all of this. Instructors were measured on "retention" and "student success". Which, in a sane corporation, are good standards. If an instructor is losing students, and the ones remaining are not passing classes, and/or not  graduating, then that instructor is not doing his or her job. But, given the student's lack of preparation for college, and school's lack of support in helping the be ready once they got there, meeting the success and retention standard was almost impossible.

As a rough rule of thumb, if a student missed three classes in a row, they were automatically dropped from the class. After each class, instructors were required to phone each absent student, if they had not previously told the instructor they would be absent that day. We were required to put a note into the students electronic file about the attempt to contact them. Phoning didn't work, but we discovered that texting did.

Some students played the PAAPAA... game - present, then two absences, then present so they wouldn't be dropped, lather, rinse, repeat. Needless to say, their academic performance suffered as a result.

Student success was measured on a rolling percentage of students who passed the classes we taught. Given the circumstance I described above, that was difficult at best. That is, if one was to to it honestly. I can honestly say that I never gave a grade that I was not able to support had I been questioned about it. But, my words and phrasing would probably been chosen carefully in some instances. For me, it was a matter of scrutinizing the grey areas of a student's work, to see if I could honestly up the grade enough so he would pass.

I gather others did some things that were outside of what I would call honest, like throwing out quiz and test questions that everyone missed, and calculating the grade on the net number of questions, instead of the actual number.

My numbers were never stellar, and I was called into Dean Fixer's office and warned that I Needed To Improve Or Else. I handed them the excuse to fire me instead.

We were on a field trip to a vendor conference in D.C. Late in the afternoon, I got bored, went outside, and went into a garden bar and grill next door. And had a beer. As you do at vendor shows.

A couple of weeks later, I was called in to Dean Fixer's office again, and let go because I had been Drinking at a School Function, which was considered a 'No Tolerance' offense.

And here I am.

The problem with ITT Owings Mills, as I see it, was this. They were bringing in students, many of whom were not ready for or capable of college work. This automatically put the instructors in a difficult spot in terms of their performance metrics, if they wanted to teach and grade honestly. (By the way, I hate the word 'ethical'. It's a poor substitute for 'honest'.) If a student was ready, and willing to do the work, they could get a good, solid education in their chosen field.

We had good teachers, and good materials. For the most part, we lacked students who were ready for college. And that is where ITT as a company failed.
Posted by leelu on Thursday, September 08, 2016 No comments: 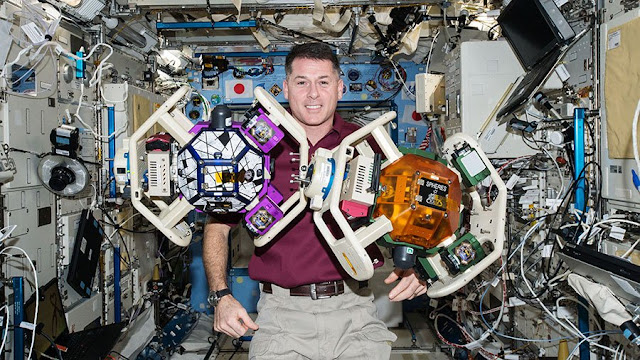 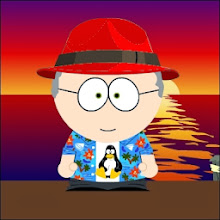 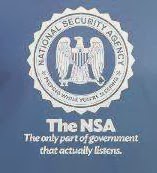 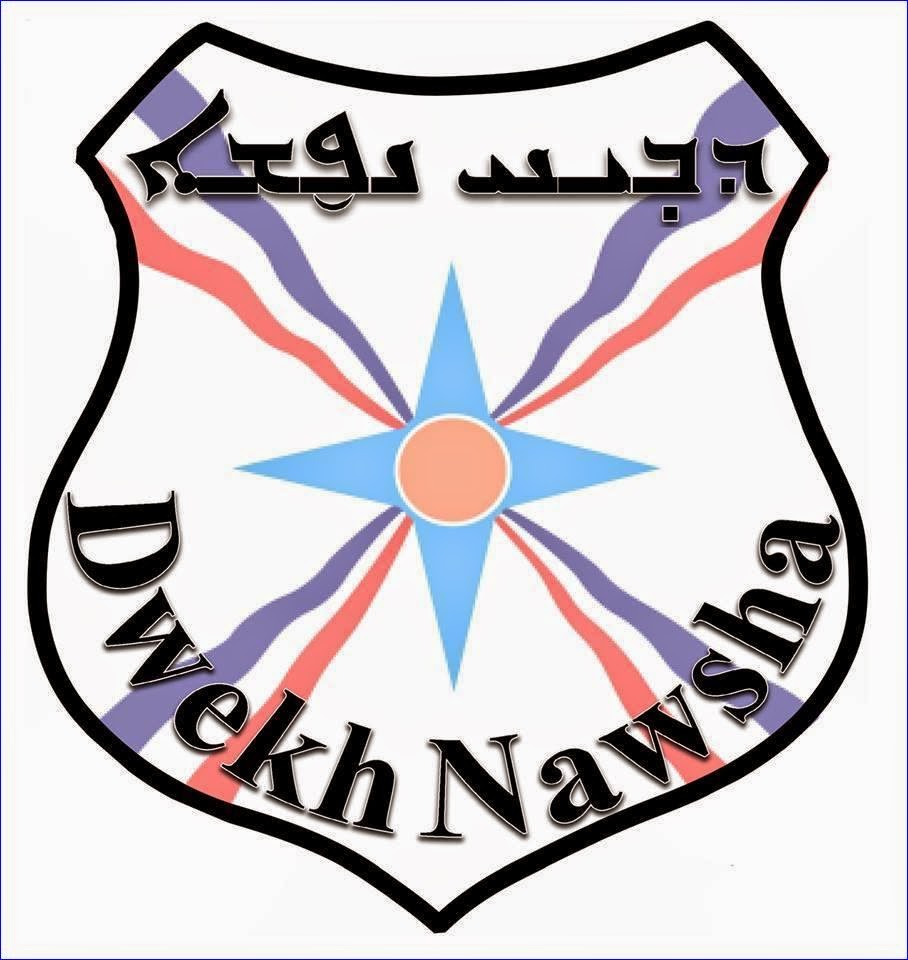